The Mental Health Benefits of Nature 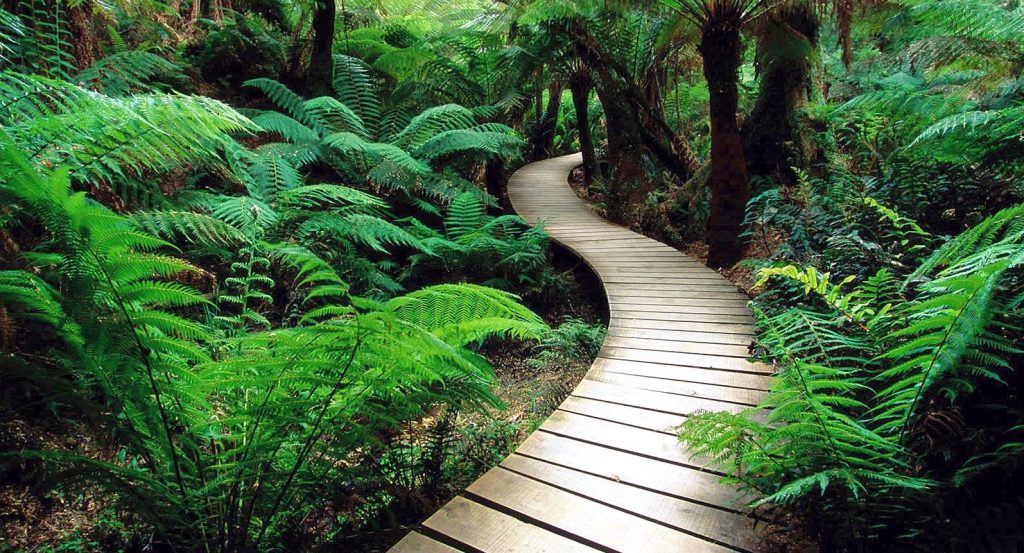 As you will discover, science confirms that Nature is good for BOTH our mental and physical health: Exposure to naturalistic stimuli can have restorative effects that promote recovery from physiological and psychological stress. However, with increasing stress from urbanization, more ‘screen-time’, and more pressure to achieve, our modern societies are driving us towards ‘doing more’, ‘being more’, and ‘having more’.  Yet, this all comes at a cost: Disconnection from the natural world around us. Here, you will discover how even just brief encounters with Nature can have powerful and restorative effects on both your brain and your parasympathetic nervous system (responsible for stress reduction). You will also discover ways that you can begin to slow down, immerse yourself in nature, and cultivate a state of mind that is most receptive to its benefits.

More than 50% of people now live in urban areas. It has been estimated that by 2050 this proportion will be 70%. Urbanization has many benefits, but it also is associated with increased levels of mental illness, including depression. We know that worry and stress are on the rise. Cancer is on the rise. Mental health problems are on the rise. Yet, our contact with Nature is on the decline.

There is strong evidence dating as far back as early Greece and ancient China that humans have long been aware that being in Nature can have a profound ability to ameliorate stress and bring a deep sense of calm.

But, what does modern Science say? Science Says: Nature is good for our well-being!

Nature has such a powerful ability to bring us peace – and this can be measured psychologically, and at a deep physiological level. Here’s why: Nature has powerful effects on the mind, the body, and the heart.

For instance, a 2015 study found that being in nature for just 90 mins reduces activity in an area of the brain associated with rumination, a precursor for worry, stress and depression. The researchers had two groups of people walk for 90 mins in either Nature, or an urban setting. They found that people who walked in the natural setting not only reported reduced rumination, but the researchers found that the nature-group had less neural activity in the subgenual prefrontal cortex (part of the brain active during periods of rumination), whereas a 90-min walk in an urban setting had no effects on either participant-reported rumination or neural activity.

Also in 2015, a similar study examined the benefits of spending just 50-mins in Nature vs. walking in an Urban setting. The study randomly assigned sixty participants to a 50-min walk in either a natural or an urban environment and observed improvements in the Nature walking group for: anxiety, rumination, negative affect, and working memory.

In another study, researchers in Finland found that urban dwellers who strolled for as little as 20 minutes through an urban park or woodland reported significantly greater amount of stress reduction than those who strolled in a city center.

These are just some of the many new pieces of research highlighting the benefits of being in Nature for reducing stress and improving your mood. A fascinating 2017 study has found that the brain responds more positively to the sounds found in nature than it does to artificial sounds. How? The brain activity of participants exposed to natural sounds indicated an increase in activity associated with an outward-directed focus of attention, whereas for artificial sounds – the participants’ brain activity reflected an inward-directed focus of attention similar to states observed in rumination, anxiety, post-traumatic stress and depression. In other words, Nature ‘opens’ us up to be outwardly-focused, whereas artificial environments shut us down.

The researchers also found a benefit in terms of increased in Heart Rate Variability (associated with relaxation of the body) when listening to natural compared vs. artificial sounds, and better performance in a sustained attention task. As a psychologist, this is fascinating to me, because these are the same areas of the brain involved in the Soothing System, which we know is capable of deactivating your brain’s Threat System.

If you would like to experiment (for free) with the relaxing effect of listening to high-quality Nature sounds, I highly recommend visiting the following project: http://www.naturesoundmap.com/

The website is basically a Google Map overlay that contains a collection of hundreds of high-quality field recordings by some of the world’s most prominent sound recordists. All sounds were recorded by microphones that capture sound in 360 degrees, a recording technique that most accurately imitates the natural experience you would hear with your own two ears. This provides a listener with a realistic representation of all of the sounds in a particular habitat or location. If you sit back, close your eyes and relax while listening to a well-recorded soundscape, it won’t take long before you feel like you’re actually there!

Note: Good speakers or a good pair of headphones will certainly help enhance this experience. Affective Forecasting Errors: Why we are not getting enough

Despite the benefits of being in Nature – why aren’t we getting more of it? One possibility is related to ‘affective forecasting’ errors (i.e., biases in thinking such as ’emotional reasoning’, and incorrectly ‘predicting the future’). These are errors in perception that happen when we incorrectly predict that something won’t make us feel good, because we don’t feel good when we are making the prediction. Affective forecasting errors are very common thinking biases among people experiencing anxiety and depression (eg “I don’t feel motivated, therefore I probably won’t enjoy x, y, z”).

This is what psychologists call a ‘self-fulfilling prophecy’ – when an error in prediction causes itself to become true because you behave as if your prediction is right, which affects the outcome to be consistent with your prediction. Self-fulfilling prophecies are complex patterns of thinking biases combined with inflexible patterns of behavior that can maintain anxiety and depression – or make them worse! Researchers have found that people who slow down to appreciate natural beauty and who allow themselves to be emotionally aroused by it also tend to be those who report greater life satisfaction.  For instance, a study of 1000 people found that connection with nature predicted life satisfaction, particularly for people who scored high on perceiving nature’s beauty. This finding was irrespective of age, gender, or personality traits. So: Learning to  S L O W  D O W N  is a major way of being able to maximise your experience of Nature.

Slowing down to appreciate and experience Nature is also often accompanied by a felt-sense of oneness or ‘Awe’ – the feeling of being connected to something larger and more powerful than ourselves that we feel connected to; a feeling of ‘oneness’.  This is important because we now know that people who have a tendency to experience Awe are generally happier, and this is likely because they tend to be less focused on themselves.

Interestingly, the feeling of Awe was found by these researchers to be related to the same areas of the brain that are activated in people having personally meaningful spiritual experiences. So, if you are feeling stressed, or are plagued by rumination or low mood – get out into nature and practice being awe-inspired!

Try this – Go outside and find some nature – try slowing down (take at least 3 mins) and become truly aware of what is around you using your 5 senses – the air on your skin, the temperature, the colours & patterns, the smells, the sounds… Carefully pay attention to all of the intricate details. Engage your 5 Senses in this experience as you allow yourself to tune in and be awe inspired by the beauty of nature. (You could also incorporate soothing rhythm breathing which, like being in nature increases your heart-rate variability which activates your parasympathetic nervous system.) While you are immersing yourself by engaging your senses, see if you can cultivate a sense of wonder, awe, or appreciation for the intricacies of what you are looking at – if it is a tree, get closer and study its bark, or just one of its leaves, or its flowers.

If you are not able to get outside, you could try listening to the sounds of nature described above (eg, https://www.naturesoundmap.com) while sitting or lying still with your eyes closed. Again, see if you can really slow down, visualise, and appreciate the intricacies of your experience, cultivating a sense of appreciation and awe. This could be a way for you to practice Mindfulness – listening carefully, attending to the intricacies of the location of each sound that you hear. By combining this with soothing breathing, you will in fact supercharge the soothing benefits of this listening, and you will be well on your way to cultivating a healthy ‘rest and digest’ (parasympathetic) response. Experiencing the benefits of nature requires you to S L O W  D O W N and to pay attention to your surroundings mindfully by immersing yourself using your 5 senses. If you think this sounds a lot like Mindfulness, well you are correct! – Being in nature can make you more mindful, and being more mindful can help you enjoy being present in nature.